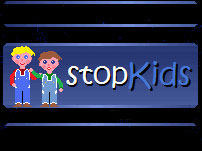 Green siltstone head from a statue of a young male figure, the body and base now missing. The figure is depicted with short stylised curly hair, set high on the forehead and with the small sized ears exposed. The detailed curls follow a slightly irregular line across the brow. The facial features have been executed to a high quality, with subtle modelling of the youthful skin across the forehead, slightly sunken skin under the eyes, prominent cheekbones, and a pronounced jawline. The eyes are wide and almond shaped, with a heavy upper eyelid and sharply defined brow which is set close to the eyes and converges with the bridge of the nose. The hooked nose is long and slim, with a clear cupidâ€™s bow at the upper lip. The lips are slightly parted with a much fuller lower lip, and the outer corners and lower lip sharply incised. On the reverse the curled hairstyle continues down the nape of the neck, and there appears to be no surviving trace of a back-pillar. The statue head, broken off from the neck, has also suffered damage to the tip of the nose and the tops of both ears with part of the right ear now missing. Small chips to the eyelids and at the forehead are also visible.
Ã„gypten, Griechenland, Rom: Abwehr und BerÃ¼hrung; StÃ¤delsches Kunstinstitut und StÃ¤dtische Galerie

Quartzite head of Amenhotep III: wearing a red crown with uraeus. Despite its huge size, this head has been carved with infinite care. As on all of Amenhotep Ill’s large statues, the eyeballs are noticeably angled back from the top to the bottom lid so that they appear to look down toward the viewer. The finishing polish was deliberately varied, from a glittering smoothness on the facial surfaces to less polish on the mouth and eyes – which thus seem slightly different in colour – to quite rough surfaces on the brows and cosmetic lines. It is a round face, with plump, youthful-looking cheeks, and little indication of the underlying bone structure. The eyes are large, long, and rather narrow, with a slight slant. Heavily made-up eyebrows and upper lids, indicated in relief, extend back to the temples. The nose is rather broad at the nostrils, with a round tip. The mouth is full, its contours defined by a crisply cut outline. The upper lip is thicker than the lower, over which it droops in the centre. The lower lip curves in a perfect shallow arc up to the open corners of the mouth, to produce the effect of a slight smile.
Hieroglyphic Texts, Reliefs, and Paintings 2: Theban Temples (p. 453) Vandersleyen 1975 / Das alte